Twirl me back into the land of Unacceptable because I have not dished on the things that I’ve been loving in officially over a year. Despite the fact that I’ve been still front seat window on the struggle bus, there have been more than a few things that I have been loving and keeping to myself. And that is simply rude. So, I’m relaunching The Obsession Diaries and back to breaking down EVERYTHING I am currently loving and spending dollars on shit I don’t need or can’t afford. 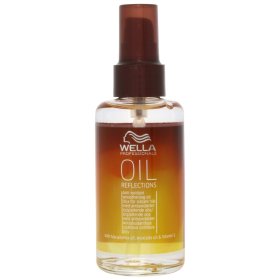 As I’m sure most girls (and even some guys) do, I have a love/hate relationship with my hair.

ESPECIALLY since it’s in that awkward stage of growing out from a nightmare hair cut I had a couple years back on top of having colored, treated and most likely fried my hair on more than on occasion. So like my skin, I am forever trying to find the best ways to care for my hair and keep it healthy as possible. More lately than ever, I’ve been taking it serious, changing up my diet big time (who am I), reducing heat and reading more into oils. Moroccan and Macadamia are forever staying on these researched lists of oils that will keep your hair healthy and runway ready but my main problem is finding  an oil that’s not super heavy and that won’t look like I’m auditioning for a biker gang or as if I just emerged from someone’s swamp.

On a recent troll to Ulta I ran across this oil randomly. It was the last one left in stock, on sale, wasn’t going to leave me crying on the phone with my bank and the reviews seemed promising.

From the moment I took this home and tried this, I wasn’t disappointed. It wasn’t heavy or strong smelling and only took a small amount. Apparently the main ingredients are Macadamia Seed Oil, Avocado Oil and Vitamin E, aka hair magic and can be used on wet or dry hair. Being about a month into the routine of using the oil every other day, not only have I noticed a difference of my hair looking healthier and strong, but others have as well.

I’ll admit that I am one of those adults who get sucked into teen drama programs. Teen Wolf, Twisted (which is not going into second season and I am forever pissed with ABC Family), a pinchful of others and now Finding Carter, the latest series on MTV, which follows a teenage girl who recently finds out she was abducted as a child and is forced to leave everything she knows and start over with her biological family. The show completely took me by surprise with the writing, the casting works and plays out well and the soundtrack is good. It’s a fun, emotional hour to kill and a good escape to forget that I am grown and have grown up things to attend to.

By now you definitely have heard of the ALS Ice Bucket Challenge. If you’re not fully aware of what this takeover is for, it’s to raise awareness and money for a cure for the disease ALS,  often referred to as “Lou Gehrig’s Disease”.  I’ll admit I was initially one of those people who was starting get annoyed with seeing the challenge on my timeline, not fully aware of why it was going on or what the true cause was for.  The video posted by Anthony Carbajal COMPLETELY opened my eyes to the disease and opened me to wanting to help in any way that I could, therefore I donated. ALS.ORG is the link where you can go to find out more information and/or donate to the cause for a cure.

And while your friends, coworkers, neighbors, mailmen and their grandmothers are hopping aboard this phenomenon as well, so are celebrities. Most videos are kept pretty simple and to the point but band Foo Fighters took it a step further in their ALS Ice Bucket Challenge and paying homage as well to the film Carrie. What follows is gold.

4) True Blood is off the air

Seven seasons on the air and let’s all be honest with ourselves in admitting that the HBO series has seen better days in Bon Temps for our little favorite fairy mess Sookie and her vampire friends. Initially starting the final season expectations were high that the show would basically wrap in a bloodbath, especially after just the second episode fans were shocked to see first Tara and then Alcide go like a drop of a New Blood bottle.

However, that was not the case.

Instead, we chased Sarah Newlin for about eight episodes, watch Bill grow veins, LaFayette reading the eyeshadow off of someone, Jason continuing to get himself in some mess and watch Pam drop more catchy one liners. The show could have really finished in just a pinch of episodes but our finale treated us to an ending of pointlessness. If you follow the original based book series, you understand. 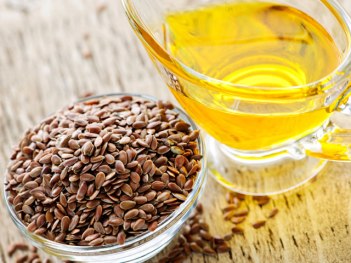 Staying on the Health Blvd. is A. STRUGGLE. We know this.

Exercise is normally the first go to step for a healthier lifestyle, but the main key usually starts from within. I’m forever switching up what to eat and always reading up on vitamins/supplements and one that stands out the most right now is Flaxseed Oil.

It’s pretty much the Beyonce’ of supplements and everyone should get them a piece.

Flaxseed oil can be found in capsule or full on liquid form, which is the faster way for absorption but considered yourself warned it tastes like high quality grease and moderate bad decisions.

Chase with some Gatorade or favorite beverage (vodka), move on, and remember those benefits.

Until next time, happy obsessing!!